Krone North America has announced their highest retail sales volume dealer for the fiscal year 2017. Krone is a global leader in the manufacturing and sales of hay and forage equipment, doing business in 40 countries. Earning the top spot for dealer retail sales for Krone North America takes significant effort, as each year over 400 equipment dealers compete for this distinctive recognition. To be considered for this award, the dealership must have exceptional sales, service, and parts departments. Thus, this recognition confirms that employees at Lowe and Young have exhibited a tremendous commitment to serving the needs of their customers in the Wooster, Ohio area.

This award is the # 1 Retail Volume Dealer in North America for Krone during the 2017 season. 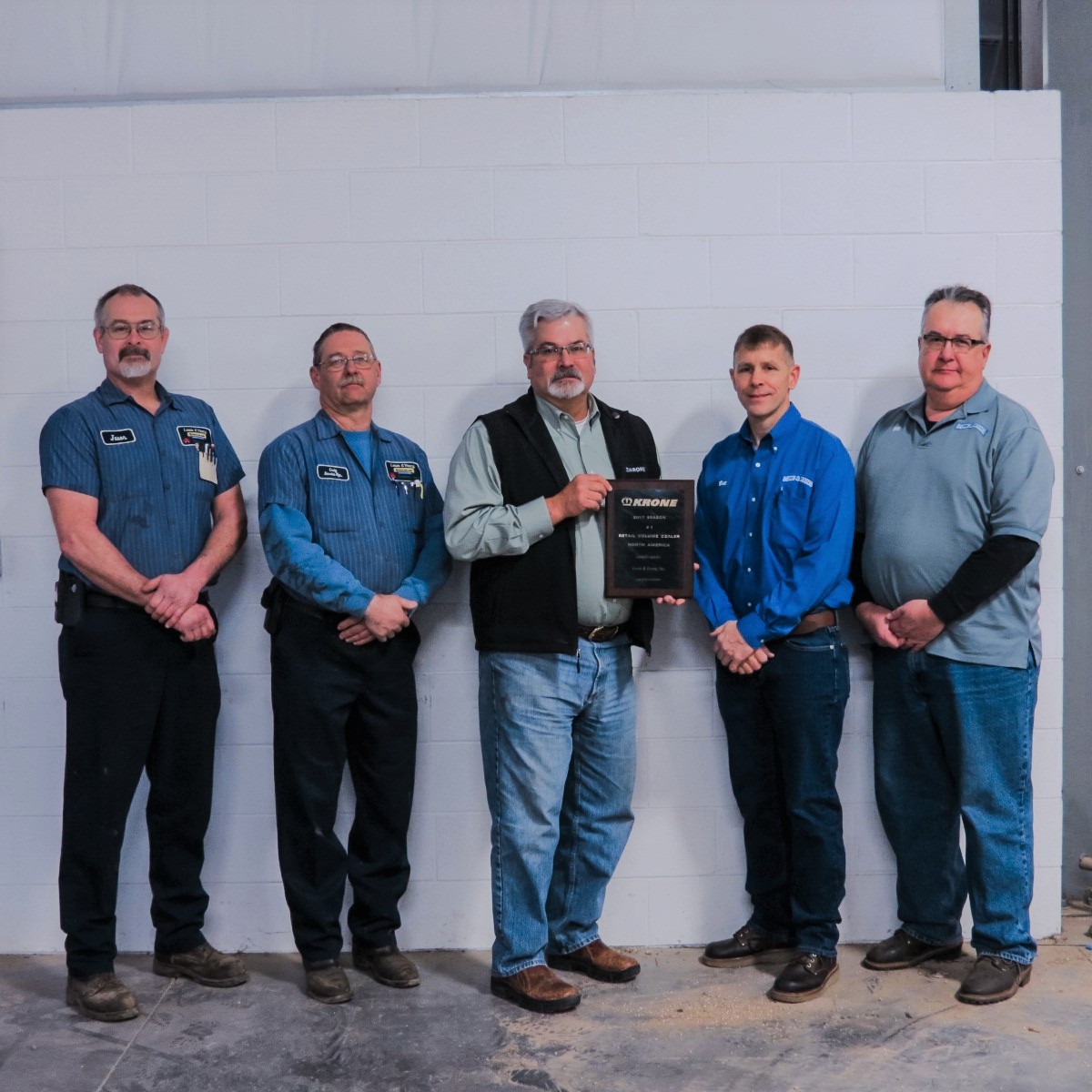 Lowe and Young aren't sitting on their laurels, we are going to work hard in 2018 to earn this award again.

Lowe and Young is the leading Krone supplier to Ohio and surrounding states. We stock, service and support all Krone equipment. Our Parts Department stocks over 180,000 different part numbers and carry over 14,284 Krone parts. You can order any Krone parts from our online parts store at www.loweandyoung.com. If you need help finding specific part numbers call us at (330) 262-6111.