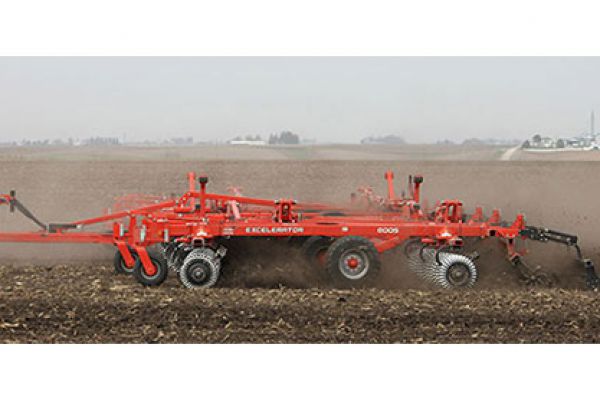 Not a current model

This critical component also assists in breaking out any remaining uncut soil between blade paths, providing a smooth, even surface for planter row units to place seeds consistently in the seed zone. Star Wheel™ gangs are spring cushioned to contour over varying field conditions, provide a uniform finish, and evenly distribute residue across the soil surface.

The proven 24/7® soil conditioning reel delivers clod sizing and firming for this high-speed operation. Available with flat blades for maximum clod sizing in hard soil conditions or round bars for increased soil firming in loamy soil conditions, this effective component produces a superior finish in any field.

The 24/7 reel also has the ability to ‘float’ with a simple in-field adjustment, allowing continued operation in wetter soil moisture conditions.